On Thursday night, my flatmates (1 guy and 2 gals) and I planned to go out on Friday morning just for breakfast, spend time by the sea and a little bit of road trip. I was skeptical about the plan because first, one of the girls is on graveyard shift, she’d definitely want to sleep once she comes home at around 6:30 AM. Next, the guy and the other girl would prefer to sleep on Friday morning rather than go out. And as for me, I don’t want to go to the sea. It’s definitely not my kind of thing.

Surprisingly, among us three at home that morning, I was the first to wake up. After half an hour or so, I’m still the only one awake and definitely ready to go out. Guess I was excited after all. 🙂

The gal who’s on a graveyard shift texted me and was asking if we’re ready because we have to pick her up at 6. So I tried calling the other two coz I don’t want to knock on their doors. So the guy woke up but the other gal decided not to go. And so the guy and I drove our way to the airport after some time to pick-up the other. And we got lost! Our home is very near the airport and we could have reached it in 5 minutes but instead arrived there more or less an hour late. But our roommate didn’t seem to mind because she even bought for us these delicious cinnamon rolls. 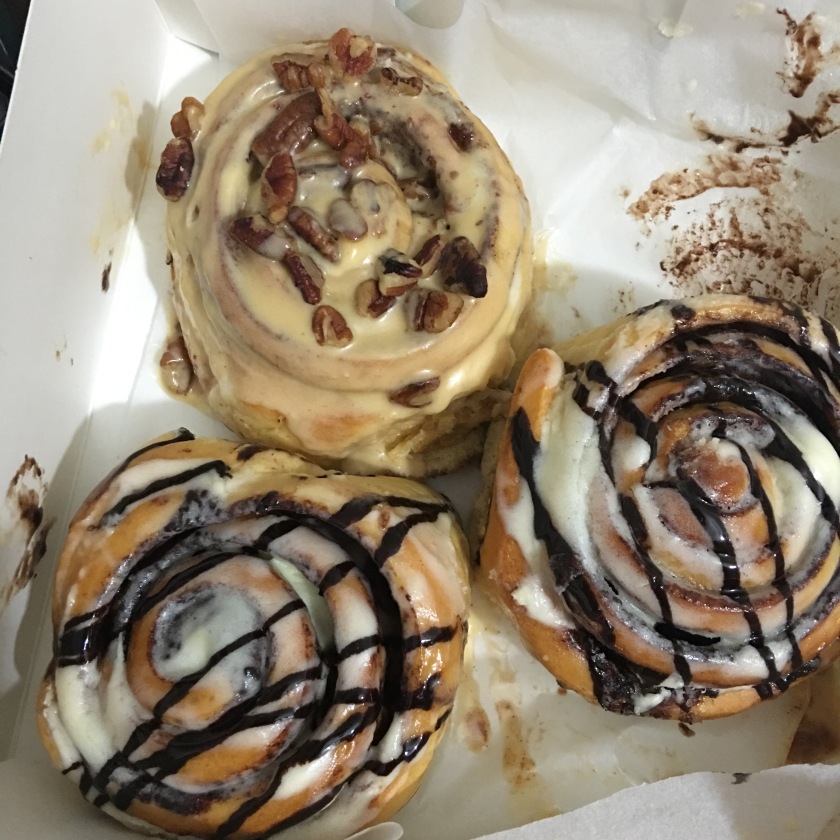 And so off we go for a place to eat. 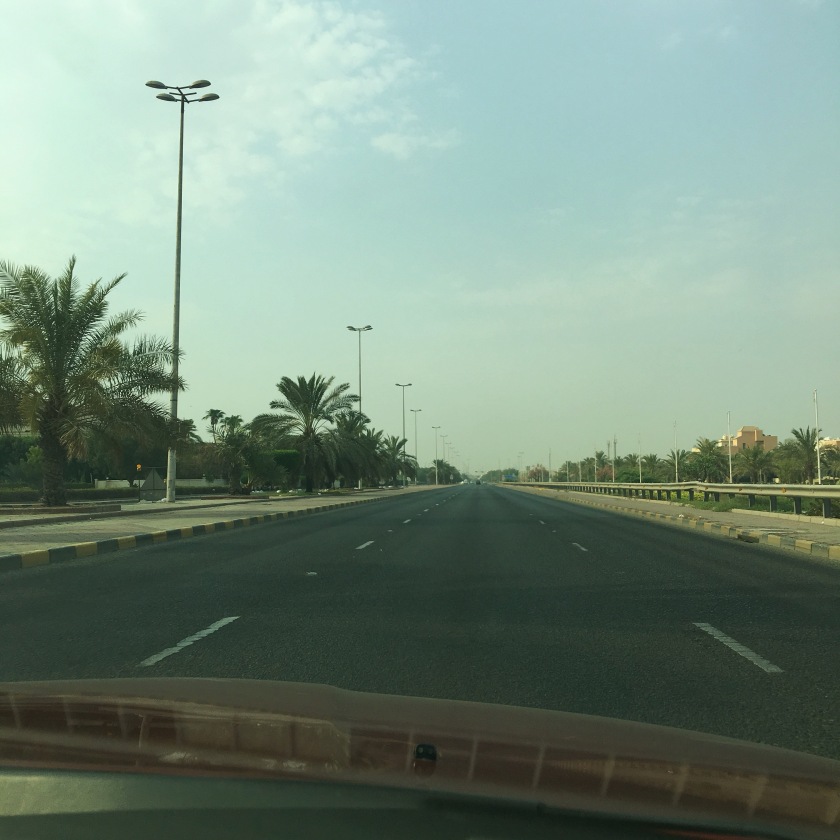 We ended up here… 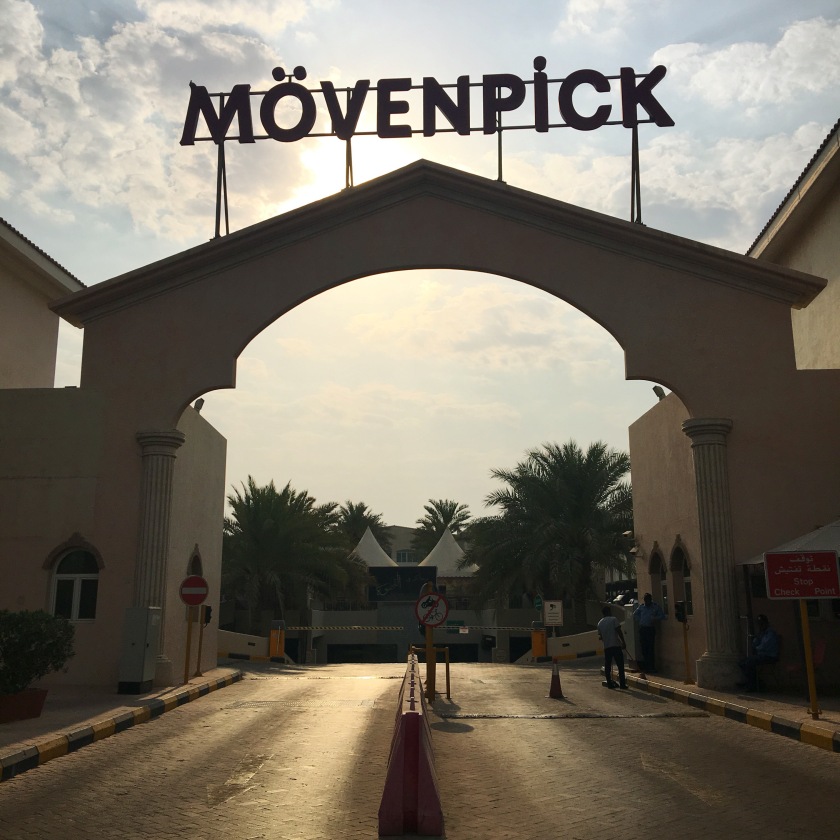 We had breakfast at Prime & Toast. It’s the only one we saw open at the time so we didn’t have a choice and our tummies are growling already. 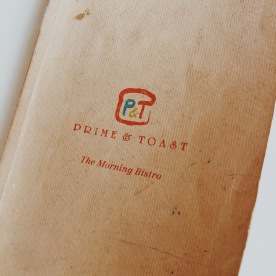 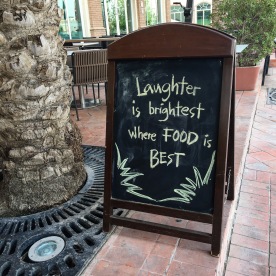 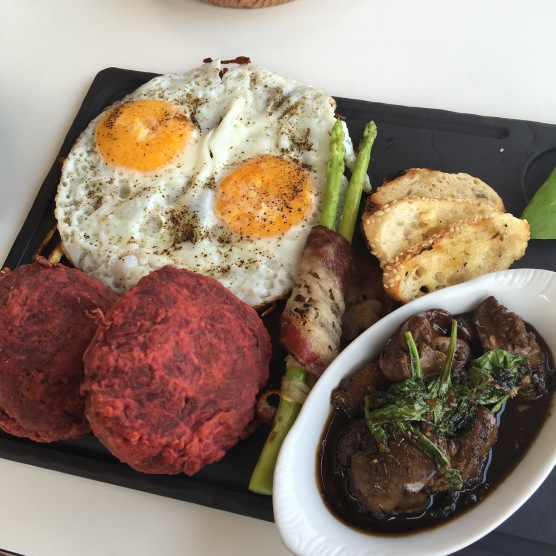 Afterwards, we went inside the Movenpick Hotel and had a view of the sea from there. I was thankful for the really hot weather at the time because my flatmates gave up on going to the seaside! 🙂 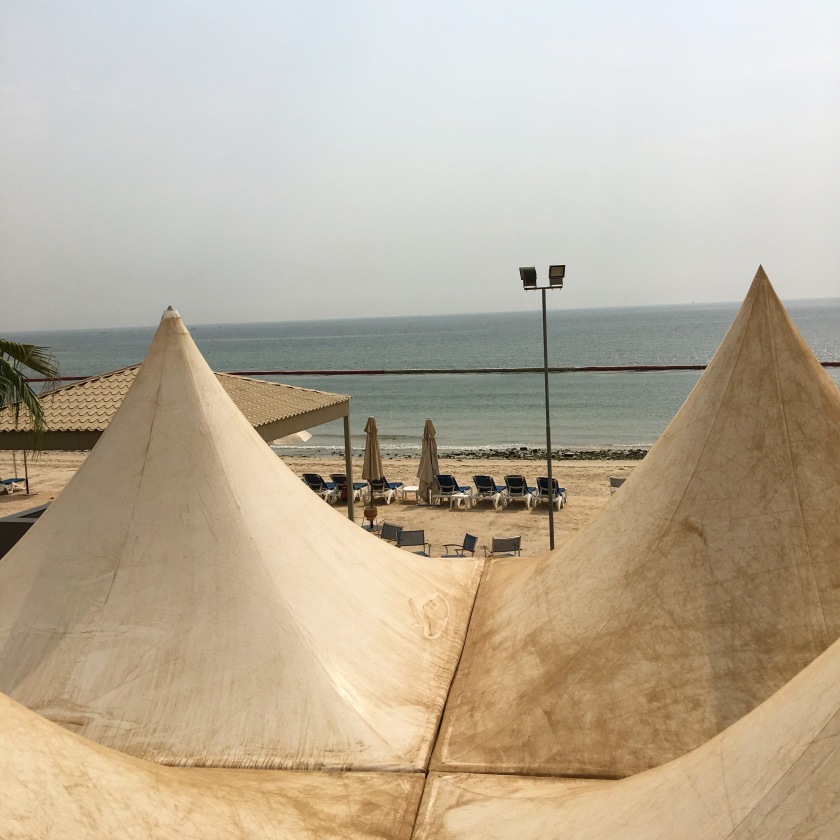 Afterwards, we drove for a few more minutes and went back home because it’s becoming scorchingly hot again. Temperatures here in Kuwait these days is still between 42°C – 48°C though it feels hotter than that. 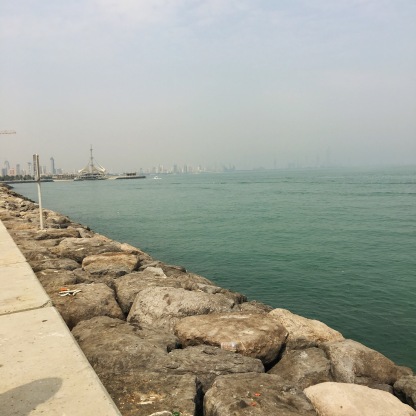 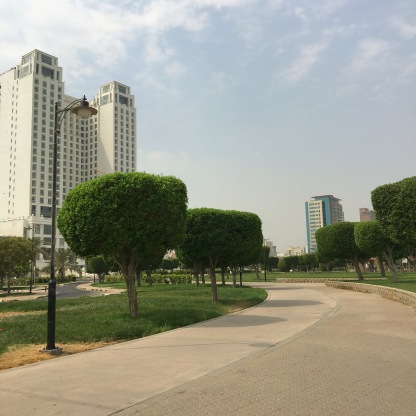 Anyhow, it was a wonderful Friday morning with my flatmates. I don’t normally go out on Friday mornings because I prefer spending it in the comfort of my bed but it’s nice doing something else once in a while.