Gia Rai is one among the 54 ethnic groups of Vietnam.

Funeral rites for the Gia Rai people are complex and expensive. Water buffalo and cows are usually offered as sacrifice. They follow a custom that all the people of the same matriarchy family must be buried in the same tomb when they die. Below is a replica of a Gia Rai tomb displayed in the Museum of Ethnology in Hanoi. 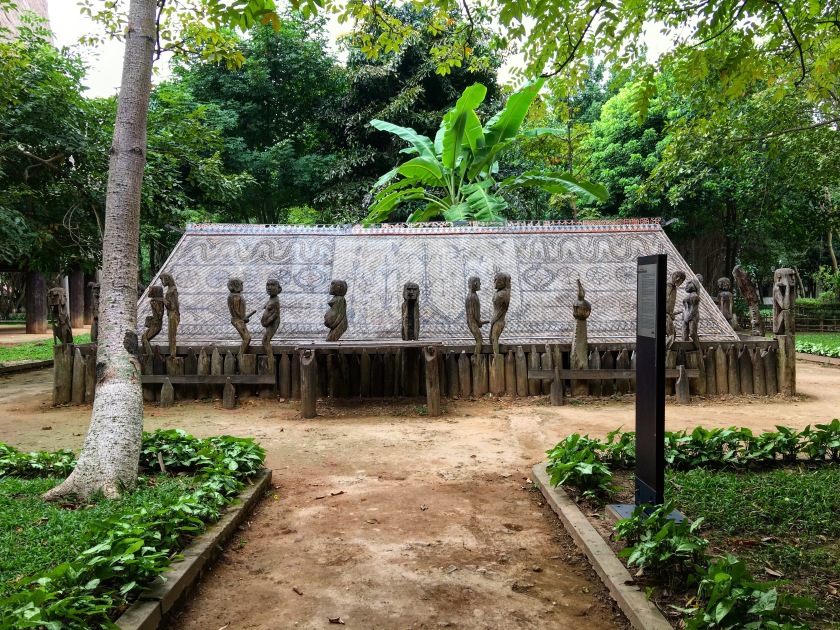 Thirty dead people can be buried in this tomb. It is also said that the tomb house is for the dead in the afterlife. There are totally 27 carvings surrounding the tomb and the most prominent are carvings of sexually-explicit figures of men and women and children seated in the corners of the tomb house. 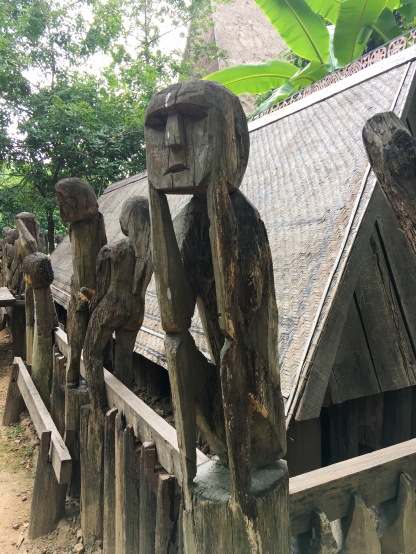 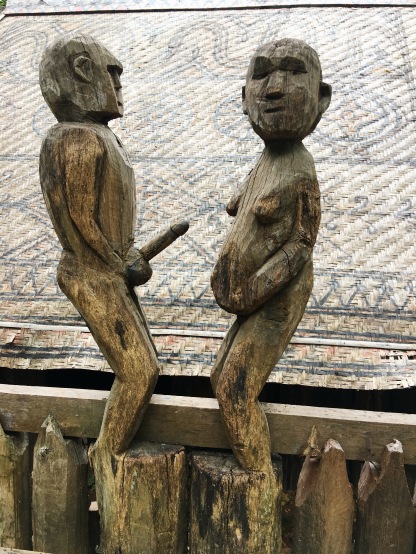 The pictures below are some funerary statues displayed inside the museum. 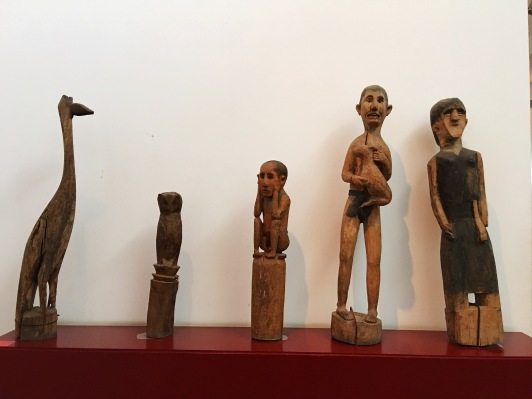 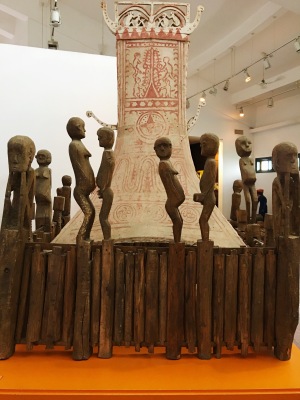 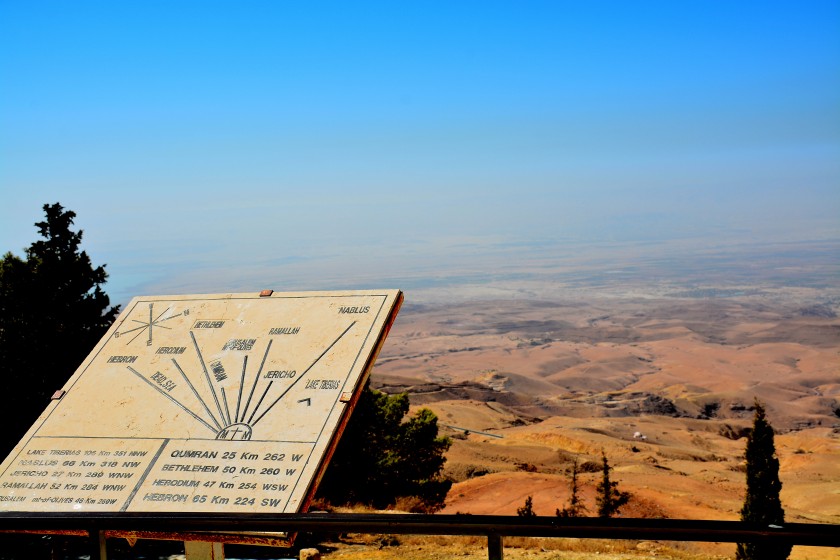 This is the spot where Moses is believed to have seen the Promised Land thousands of years ago. I was lucky that the weather was great when I visited that I was also able to enjoy a view of the Dead Sea and few other places such as Bethlehem and Jericho.

I can feel you slipping away.

How can it be that

this emptiness inside me

could feel so heavy?

How they left, it always stays.

While scribbling on her journal

Breaks into a smile.

Don’t be in such a hurry to condemn a person because he doesn’t do what you do, or think as you think. There was a time when you didn’t know what you know today.

Music. Pen. Journal. What else?

When all you have left

are memories, let all of

how much of what weighs me down

ain’t mine to carry.

This pain will make sense someday.

Friends can break your heart, too.

I was almost convinced I mattered.

People have scars in all sorts of unexpected places like secret road maps of their personal histories, diagrams of all their old wounds. Most of our old wounds heal leaving nothing behind but a scar. But some of them don’t. Some wounds we carry with us everywhere and though the cut’s long gone, the pain still lingers.

The world is full of traitors.

Why do you chase it

when all it does is keep you

In the mood to stab bitches…

Never waste your time trying to explain who you are to people who are committed to misunderstanding you. 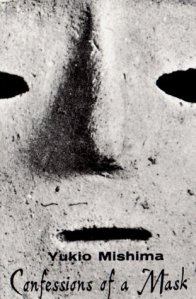 I’ve heard of Yukio Mishima’s suicide by seppuku long before I’ve read this book and if I were to base it from that and what I’ve just read, I think that he is not a very happy man.

Confessions of a Mask is Mishima’s beautifully-written semi-autobiography about self-awareness and loneliness. It gives us an insight of Mishima’s youth — a homosexual confessing about his life — his fears, obsessions, and how it is to live wearing a mask while searching for answers why he is the way he is. He also mentions about how he fantasizes about the bodies of men (martyrs), warfare and death.

Mishima has a way with words. I enjoyed the playful descriptions he mentioned about his childhood and the pages where he first realized his sexuality and first love. I think this is why the first pages/chapters of the book made me quite interested in reading this, though it took me a while to finish.

Probably the most appalling confession for me in this book was the part where Kochan, our main character, mentioned about how Guido Reni’s painting of St. Sebastian’s martyrdom triggered his immense sexual feelings. This painting was something Mishima carried with him even as an adult as he posed as St. Sebastian in photographs, shot dead with arrows. (It didn’t quite surprise me to find out later that it was the same painting that caused him his first ejaculation.)

This is a good book as it did a great job depicting the story of an adolescent in Japanese society after realizing he is gay and therefore needs to wear a mask to hide his true self in a society that doesn’t understand the likes of him.

This is only my first Mishima read but I think he is an interesting man albeit not a happy one. I hope to read more of his books.

“There is no virtue in curiosity. In fact, it might be the most immoral desire a man can possess.”

“What I wanted was to die among strangers, untroubled, beneath a cloudless sky. And yet my desire differed from the sentiments of that ancient Greek who wanted to die under the brilliant sun. What I wanted was some natural, spontaneous suicide. I wanted a death like that of a fox, not yet well versed in cunning, that walks carelessly along a mountain path and is shot by a hunter because of its own stupidity…”

“But I had deliberately acquired the habit of closing my eyes even to such obvious assumptions, just as though I did not want to miss a single opportunity for tormenting myself. This is a trite device, often adopted by persons who, cut off from all other means of escape, retreat into the safe haven of regarding themselves as objects of tragedy.”

“True pain can only come gradually. It is exactly like tuberculosis in that the disease has already progressed to a critical stage before the patient becomes aware of its symptoms.”

“Life struck us as being a strangely volatile thing. It was exactly as though life were a salt lake from which most of the water had suddenly evaporated, leaving such a heavy concentration of salt that our bodies floated buoyantly upon its surface.”

Because of you I’ve

learned why it’s essential for

me to know the night.

dead to me now. You’re someone

I would’ve died for then…

I sometimes wonder
what is it you hear in the
silence between us?

on how I choose to mend what

you’ve broken in me.

I'm enjoying the beauty of solitude.

We choose to heal and we choose to move forward by being brave and vulnerable enough to heal.

Get rid of things that

Ready to embrace life once again.

Words do cut deeper than blades.

You broke my trust from

the start. Now you ask why I

don't give you my heart.

There are wounds that never show on the body that are deeper and more hurtful than anything that bleeds.

Well… it's really a surprise to me that I've now been blogging for two years. I am pleased that what started out of boredom turned out to be pretty much an outlet of many things and feelings. I didn't really think I can keep this up for a month, let alone two years! 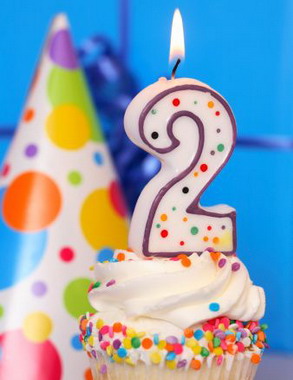 It's amazing to look back and see how much have changed and how much more left to do. Part of me wants to think that I'm improving in this blogging experience and I hope my entries are becoming better as well. My life has also changed a lot in the past two years. I'm blessed to have visited new places, try new things, learn new stuff, meet new people though I lost some, too. Well, it's all a part of life so I'm just very grateful for every experience.

Also, I think this is one of the best time to thank all my readers for always taking time to read my entries. Thank you to everyone, wherever you may be. I am glad to have come across your blogs and to have met some of you as well. I hope you'd still enjoy the entries this coming year and I'm always looking forward to yours, too. 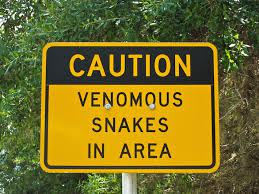 Everyone eventually breaks at some point.