This tag is hosted by Shannah over at Bionic Book Worm.

March is a themed month and this month’s theme is Authors from A-Z. Last week. we had authors with names starting with the letters K, L, M, N, & O. Today we’ll be having authors whose names start with P, Q, R, S & T. Again, I opted for family names.

Jodi Lynn Picoult is an American writer. I first came to know about her because of the fuss with her book The Storyteller. It seemed everyone was reading and talking about it at that time and so I gave it a shot. And damn. It was so good! I loved it and so I became a big fan. She writes stories with complex characters and plots and will make you ponder what if you were faced with the same dilemma.

I haven’t read any book from any author whose first and last names start with the letter Q. However, I sometimes see from other blogs I follow books written by Julia Quinn. I’ve checked her books on Goodreads and they surprisingly have high ratings. According to Wikipedia, Julia Quinn is the pseudonym used by Julie Pottinger, an American historical romance author.

Rainbow Rowell is an American author of young adult and adult contemporary novels. Among her works, I first read Eleanor and Park, her first young adult novel. I loved the book so I ended up reading her other books, too.

Jerome David Salinger was an American writer most famous for his landmark book The Catcher in the Rye, another favorite of mine. It’s been said that throughout Salinger’s life, he adopted several religious practices, he was raised Jewish but also pursued Catholicism, Buddhism, Hinduism and several others. He soon lived a secluded life for 50 years and died at the age of 91. 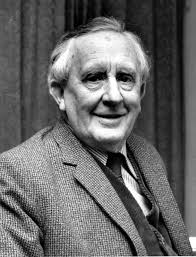 John Ronald Reuel Tolkien is an American writer and poet. He wrote the highly popular fantasy novels The Hobbit and The Lord of the Rings Trilogy. Yes, another of my favorites. 🙂 He was also a major scholar of the English language who specialized in Old and Middle English.

Have you heard of these authors before? (I doubt you haven’t!) Have you read any of their works? Any recommendations? I look forward to reading your Top 5 Tuesdays so drop a link on the comments section so I can check them all out.