Letting go doesn’t mean that you don’t care about someone anymore. It’s just realizing that the only person you really have control over is yourself.

Loving you a bit more everyday. 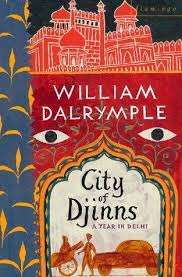 If you want to read about India, or more specifically Delhi, I happily recommend City of Djinns.

The book tells about about the author’s one year stay, as well as what he has learned, while in New Delhi in the 1980s. He talked about how kind people in Delhi were, different cities, his funny landlady, Mrs. Puri, Hinglish, Anglo-Indians, the partition, the scorching heat he experienced there, horoscopes, architecture, a Hindu wedding and so much about India’s culture and history.

This is my first attempt to William Dalrymple’s works and I must say, I am impressed. He’s a brilliant observer and he can very much entertain readers with his writing. I very much admire the work he’s done with this book. Wonderful.

This book can be a travel guide when I visit India someday. One of my finest reads this year.

“Whoever has built a new city in Delhi has always lost it: the Pandava brethren, Prithviraj Chauhan, Feroz Shah Tughluk, Shah Jehan … They all built new cities and they all lost them. We were no exception.”

“For all its faults we love this city.’ Then, after a pause, she added: ‘After all, we built it.”

“And it would be nice if the roof was a bit stronger. Then the peacocks wouldn’t keep falling through. I don’t mind during the day, but I hate waking up at night to find a peacock in bed with me.”