Book #19. A story of hope and incredible strength. 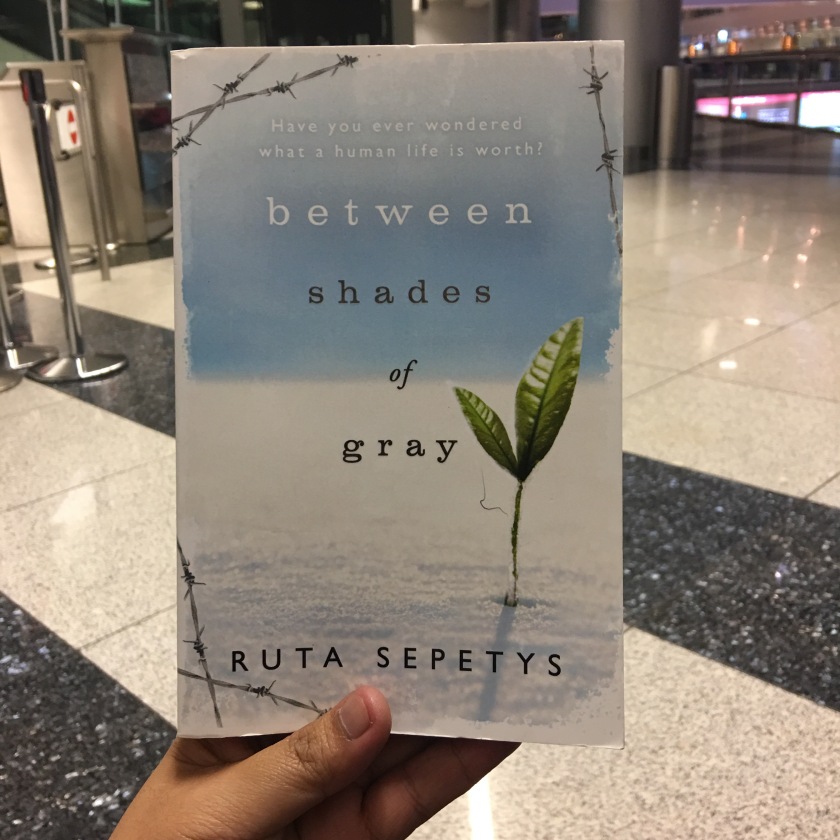 This is a story about one family who were one night suddenly taken from their home in Lithuania and became victims of the mass deportations in 1941 to Soviet labor camps.

I found this very interesting because it was written according to a 15-year old Lithuanian girl named Lina. She is just like other 15-year olds and she loves to draw.

That night when the Soviet soldiers came to their home, Lina, together with her mother and younger brother, were taken to a dirty train car with other people. Her father still wasn’t home that night and so they were separated since then.

Throughout the story, Lina felt the need to draw everything she sees in whatever piece of material is available. She drew almost everything that happens about the people around her, during the long years of journey, who were all just trying to survive in that extraordinary time. It is through great love, incredible strength and hope that Lina survives.

This is my first book from Ruta Sepetys and I loved it. I liked the way the book was written. I personally found it very powerful. I had tears in my eyes at some point.

So if you haven’t read it yet, please do. It’s krasivaya!

“Have you ever wondered what a human life is worth? That morning, my brother’s was worth a pocket watch.”

“Sometimes there is such beauty in awkwardness.”

“Was it harder to die, or harder to be the one who survived?”

“Whether love of friend, love of country, love of God, or even love of enemy—love reveals to us the truly miraculous nature of the human spirit.”

“I planted a seed of hatred in my heart. I swore it would grow to be a massive tree whose roots would strangle them all.”