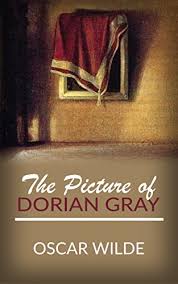 The Picture of Dorian Gray is the first and only novel written by Oscar Wilde. I’ve been meaning to read this a long time back but something always gets in the way. And now, I’m glad I’ve finally read it.

The book is about Dorian Gray,  a very handsome young man, worshipped by many and caught the attention of Basil Hallward, a painter. Basil was able to capture Dorian’s beautiful features perfectly thus creating a masterpiece. Basil introduced Dorian to Henry. Dorian was heavily influenced by Henry’s hedonistic views of the society.

I enjoyed this novel for its witticism and the intriguing concept. How the story ended wasn’t something I expected but it made the read even better. Oscar Wilde is a literary genius — it’s easy to drown in his words and, he is quite obviously romantically interested in men.

“Nowadays people know the price of everything and the value of nothing.”

“Experience is merely the name men gave to their mistakes.”

“The only way to get rid of temptation is to yield to it.”

“Some things are more precious because they don’t last long.”