I’ve decided to reread A Wild Sheep Chase since I’ve just finished the first two books of The Rat Trilogy just recently and it felt like reading it for the first time… twice! I can say I appreciate this book more now. I was able to understand it better as well and it opened my eyes to things I wasn’t able to grasp on my first reading.

In this final book of the trilogy, we still have our unnamed characters from the previous books and we finally have one named character, too! Kippler, the cat. 🙂 It was also while reading this that I realized how much I care for the characters in Murakami’s books. They are mostly intriguing that I really care about what’s going to happen to them. Moreover, Murakami has a way of describing the characters’ feelings like no other.

In a nutshell,  we have our protagonist who’s living a mediocre life, haunted by a whale’s penis, who doesn’t seem to be affected with his wife’s betrayal which led to their divorce, and soon meets a girl with unusually beautiful ears. Then the disappearance (and reappearance) of his friend, the Rat. We also have the sheep professor who locks himself in one of the rooms of Dolphin Hotel owned by his son. An Ainu youth who helped some early Japanese settlers in Hokkaido. A dying wealthy man known as the Boss, who sent his secretary/representative to our narrator to go find a mystical sheep with a star mark on its back. What do all these characters have to do with each other? They’re all a part of a wild sheep chase…

I didn’t really realize it the first time I’ve read this but I noticed that aside from the mystical sheep, war is also something we find in common among three notable characters here — the Boss, the sheep professor and the Ainu youth. They’re all remarkable characters in their own ways which is in contrast to our narrator who seems to be unaffected with his divorce, no ambitions and there doesn’t seem to be anything of significance to him. This I think, once again is an example of how Murakami was again able to explore the meaning of life and the meaning of living through the eyes of a mediocre Japanese guy disappointed in a modern world and in this life. There were several instances when the narrator feels nostalgic about music and the simple life he had when he was younger thus he struggles with the changes and modernization happening around say for example, the Boss’ right-wing. It’s also quite notable that Murakami probably felt that the modernization and corruption that happened to Japan is mostly because of western/foreign influence thus he used the sheep which was a new livestock brought to Japan, nobody knew about it, no historical connection in the lives of the Japanese, but was able to make big changes. The sheep though is something I see as a driving force for people who are weak to try to be as successful or productive as they can be. It somehow represents ambition and will to be powerful. Well it really depends on the reader what the sheep is trying to represent and this is just what I think but it’s the same thing that made our narrator and the Rat uneasy and troubled.

When the book ended, it made me want for more, though probably, as far as the Rat is concerned, I think the story has ended. And it’s sad. But still, as is what’s expected of every Murakami book, there are far more unanswered questions left behind. I’m not sure if Dance, Dance, Dance has the answers to these questions but I’m certainly looking forward to reading it soon.

“I was feeling lonely without her, but the fact that I could feel lonely at all was consolation. Loneliness wasn’t such a bad feeling. It was like the stillness of the pin oak after the little birds had flown off.”

“The song is over. But the melody lingers on.”

“I guess I felt attached to my weakness. My pain and suffering too. Summer light, the smell of a breeze, the sound of cicadas – if I like these things, why should I apologize?”

“Body cells replace themselves every month. Even at this very moment. Most everything you think you know about me is nothing more than memories.” 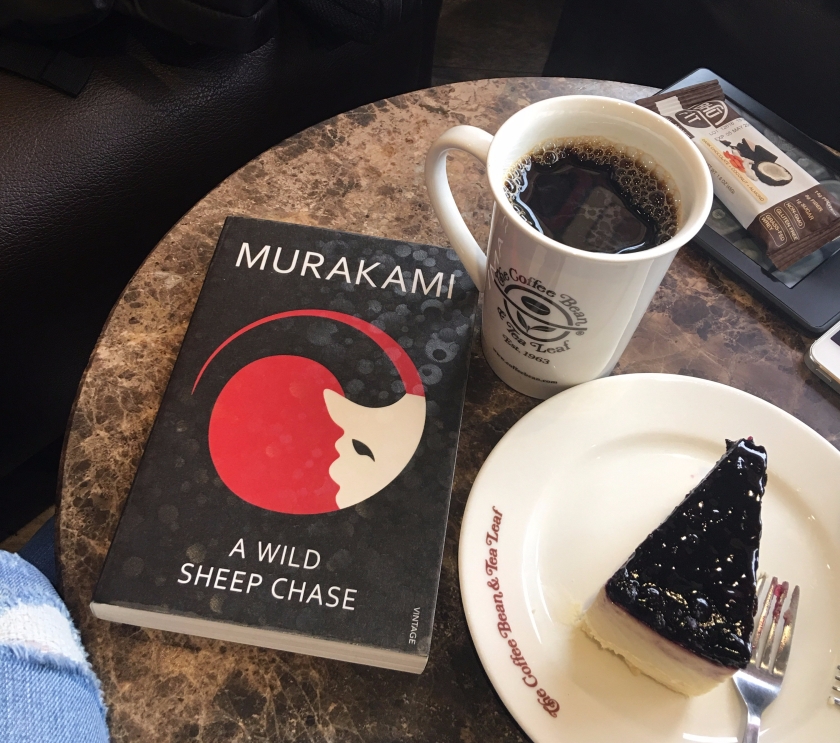