Hello there! It’s another edition of Top Ten Tuesday!

Top Ten Tuesday is an original blog meme created by The Broke and the Bookish and is currently being hosted by That Artsy Reader Girl. This week’s given topic is:

3. It’s hard not to read several books at one time.

4. You wish some fictional characters were real.

5. You tend to become emotionally invested in characters.

6. Nothing makes better company than coffee when reading.

7. You love the smell of books.

9. You can spend hours in a bookshop, library or book fair because they’re your personal heaven.

10. You  own more books than your space can hold.

These are just ten of the many signs you’re a book-lover. Do we have the same list? Feel free to drop a link of your TTTs or share your list in the comments section. I’d be delighted to read them.

This tag is hosted by Shannah over at Bionic Book Worm.

March is a themed month and this month’s theme is Authors from A-Z. Last week. we had authors with names starting with the letters P, Q, R, S & T. Today we’ll be having authors whose names start with U, V, W, X, Y & Z. Again, I opted for family names.

John Hoyer Updike was an American novelist, poet and short-story writer. He is one of the three other writers who have won the Pulitzer Prize for Fiction more than once. Apart from his novels and short-story collections, many of his works were published in The New Yorker.

Kurt Vonnegut Jr. was an American writer. He’s best known for his satirical novel Slaughterhouse-Five. It is in fact the only work of his that I’ve read so far. It is the story of Billy Pilgrim who was born in 1922 like Vonnegut himself who survived the bombing of Dresden.

John Edward Williams author, editor and professor. He is the author of Stoner, a tragic fictional tale of a university professor — one of my top all-time favorite novels. His novel Augustus won a US national book award.

Xue Xinran is a British-Chinese journalist and author. She is also a known advocate for women’s issues. Her book The Good Women of China is on my TBR so I hope to get to it soon. 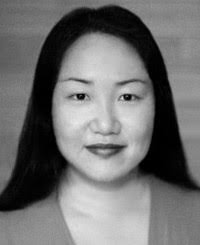 Hanya Yanagihara is a novelist, editor and travel writer. She is the author of A Little Life, winner of the 2015 Kirkus prize for fiction. She also was a National Book Award and Man Booker Prize finalist in 2015.

Markus Zusak is an Australian writer of German origin and is best known for his books The Book Thief and The Messenger. Bridge of Clay is on my TBR and I hope it to be as his other works.

Have you heard of these authors before? (I doubt you haven’t!) Have you read any of their works? Any recommendations? I look forward to reading your Top 5 Tuesdays so drop a link on the comments section so I can check them all out.